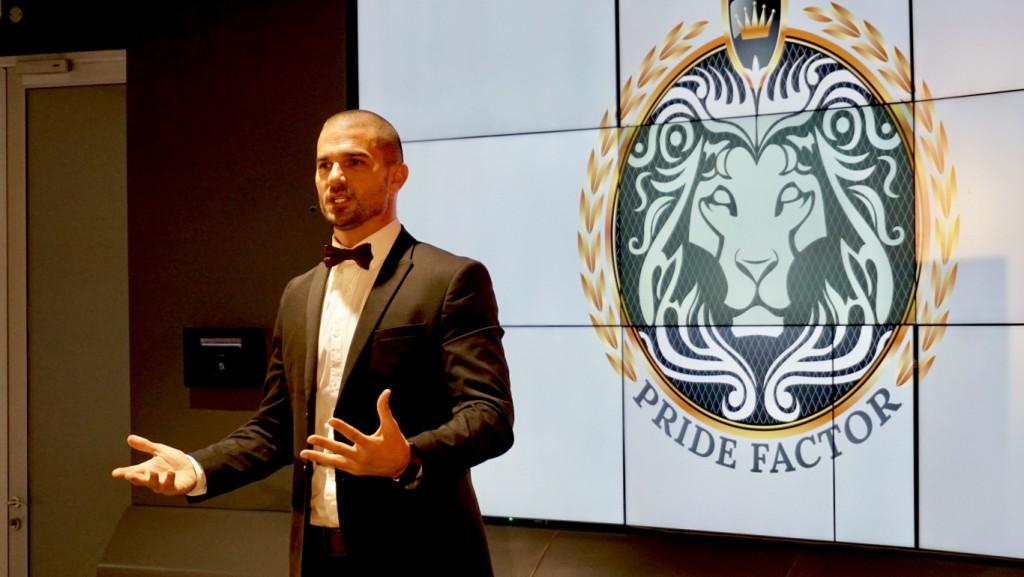 Self-taught entrepreneur Dene Botha has been recognised as one of the 100 Most Influential Young South Africans for 2019 in the fourth edition of the coveted rankings compiled annually by Avance Media, a leading African media and PR agency.

Botha, who founded the Pride Factor life-skills academy in Cape Town during 2014 to inspire and guide teenagers and young adults to overcome the problem of unemployment and its associated poverty and inequality, has been nominated in the Social Enterprise and Philanthropy category of the Avance rankings.

“I’m honoured, elated, proud and so excited to have been recognised in this prestigious group of leaders who do so much to inspire others,” said Botha. “I’m merely the front man for Pride Factor and it all comes down to team-work, collaboration and the relentless pursuit of enhancing the quality of life for the youth of our world. Together we can!”

Asought after model, professional Shakespearian actor and Western Province surfing champion by age 10, Botha was crowned South Africa’s ‘Most Irresistible Man’ in Axe Sweet Life’s nationwide reality show in 2009. His admirable social conscience has seen him skydive naked to support Rhino conservation, MC fund-raisers for CANSA, work in soup-kitchens and collect food and clothing for the homeless and even participate in a celebrity boxing tournament to highlight bullying.

He sees Pride Factor as the culmination of his life’s work and through its Inspired Youth (Africa), Empowered Youth (UK) and Online Academy platforms, the company has now interacted with and inspired more than 57,000 young people at over 125 live events and reached hundreds of thousands more via mainstream and social media,

Realising that the majority of the demographic who benefit most from Pride Factor’s programmes could not afford to attend the events nor to study the online academy’s courses, Botha cashed in his investments and sold his house while developing a business model that now enables the knowledge-hungry youth to access these life-changing benefits at no cost.

This website uses cookies to improve your experience while you navigate through the website. Out of these, the cookies that are categorized as necessary are stored on your browser as they are essential for the working of basic functionalities of the website. We also use third-party cookies that help us analyze and understand how you use this website. These cookies will be stored in your browser only with your consent. You also have the option to opt-out of these cookies. But opting out of some of these cookies may affect your browsing experience.
Necessary Always Enabled
Necessary cookies are absolutely essential for the website to function properly. These cookies ensure basic functionalities and security features of the website, anonymously.
Functional
Functional cookies help to perform certain functionalities like sharing the content of the website on social media platforms, collect feedbacks, and other third-party features.
Performance
Performance cookies are used to understand and analyze the key performance indexes of the website which helps in delivering a better user experience for the visitors.
Analytics
Analytical cookies are used to understand how visitors interact with the website. These cookies help provide information on metrics the number of visitors, bounce rate, traffic source, etc.
Advertisement
Advertisement cookies are used to provide visitors with relevant ads and marketing campaigns. These cookies track visitors across websites and collect information to provide customized ads.
Others
Other uncategorized cookies are those that are being analyzed and have not been classified into a category as yet.
SAVE & ACCEPT

How can we help?